And people still ask why we need a Gay Pride...


Knowing that in some other places of the planet people are jailed, beaten up or killed because of the people they love doesn't really make me feel accepted and at ease.
Being unable to tell my grandmother about someone I like or a boyfriend I have is not the greatest feeling in the world.
Spending your childhood asking yourself why everyone is so different from you is not the most gratifying.


We are very lucky to live in a place where people who don’t correspond to the stereotypes given by the norm can express themselves freely and although people may still judge sometimes, at least it’s not unlawful to kiss a lover, to show someone you love.
I have never been beaten up or not allowed to do something or go somewhere because of my sexual preferences, but that is still not enough, because the world around me made me feel I wasn’t quite the right thing anyway. I’ve fought the bloodiest inner battles and I have learnt to understand that being honest with myself and the world outside is the right thing to do, being myself is the right thing.


It’s been hard and it’s still hard but steps are being made forward luckily. Many countries are celebrating lgbt weddings, some others have allowed same sex partnership, some others are finally realising that the person you sleep with is none of their business and (at least) they don’t punish you for your kind of love (finally).
Not everywhere, not yet. But it’s getting better, and today is definitely a day to celebrate. 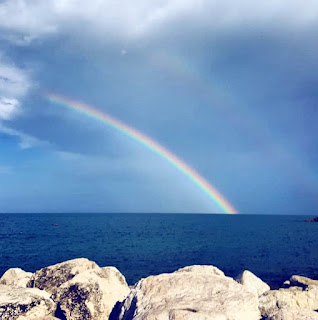 Email ThisBlogThis!Share to TwitterShare to FacebookShare to Pinterest
Labels: be yourself, celebrate, pride